Of all the excursions we had planned for our trip, I was most nervous about Monday’s journey to the Cotswolds. It probably had something to do with the fact that I’ve never been on a tour in a foreign country, and I was totally unsure of what exactly was going to happen during our six hour exploration of the Cotswolds area.

We’d booked spots in a small, family owned tour called the Secret Cottage tour, which promised to take tourists to lots of lovely little villages that big tours don’t ever visit, and also provide them with plenty of food and tea and coffee during the day. Although I was nervous, I was very glad that at least we weren’t going to be on one of those big, crowded tour buses.

The first of our misfortunes occurred outside Paddington Station. The taxi dropped us off on the curb next to a plain white wall, too high to see over, and left us to find the entrance ourselves. It was windy, cold, and rainy, and we had no map, so we headed in a promising direction, only to find ourselves in the middle of some kind of construction area, near a large window overlooking the station floor below. Apparently, the entrance was in the totally opposite direction, on the other side of the white wall we’d been dropped off beside, so we bowed our heads against the wind and shuffled hurriedly round to the proper entrance.

We managed (somehow) to get the ticket machine to actually give us our tickets, and then we had quite the problem sorting through them. The machine had printed out five separate cards: two for a journey from Paddington to Morton-in-Marsh, the village where we would be meeting up with the tour, and two for the return journey, as well as a receipt. The ‘child’ (apparently they have a different definition of child in England than we do?) and adult tickets were extremely difficult to tell apart, as were the departure and return tickets, but we somehow managed to sort them out.

Now it was time to find our train, except none of the tickets seemed to indicate which platform it was on. We ended up asking one of the workers, who pointed us up towards Platform 1.

I’ve only ever ridden on a real train twice: once in West Virginia, where we took a couple-hour trip on an old-fashioned steam train in the middle of nowhere, and once in Canada, when we took the Go Train into Toronto to go see the CN Tower. I’ve certainly never been in a big, bustling train station before, and it was totally overwhelming. There were people everywhere; people in suits, people dragging suitcases, people flooding to board the trains and people flooding off trains that had just arrived.

We were able to catch our train in good time, and were seated in the designated ‘quiet car’, right at the front of the train. We took the one-and-a-half-hour ride in almost complete silence, which was perfectly fine with me. I was probably going to have my fill of people and conversation by the end of the day.

We arrived at Morton-In-Marsh to find most of the tour waiting for us. There were about twelve people in total, or six of us to each minibus, and everyone there (besides, the tour guides, of course) was American. It was quite jolting to hear strong American accents again after several days of British, French, and Italian accents and the storm of different languages we heard in the airport and on the street. Everyone was super kind and friendly, and chatted with us and each other while we waited for our tour guides to bring the minibuses around to pick us up.

That tour of the Cotswolds was probably the best part of the entire trip. Our guides were very smart and knowledgeable about the area and its history, and took us to see ancient churches and manor houses and villages hundreds of years old. The country roads were quite narrow, often so close that only one vehicle could get through at a time, and there was always a danger of finding somebody coming the other way, or of clipping somebody’s hedge or stone wall or mailbox, but our guides were experts at driving in the area, and we managed to come out the other side unscathed.

The entirety of England has just about been done to death with filming, and the Cotswolds was no exception. We saw a church where the first episode of the Father Brown series was filmed, as well as several other locations where notable TV series’ and films (most of which I’d never even heard of) had been set. We also saw a house where Jane Austen had lived with her uncle, which was kind of a big fangirl moment for me and my mom, as we both really love her books.

I could try to describe all the sweet, picture-perfect villages we saw, and the gorgeous British countryside, but I don’t think I could really do it justice, so here are some photos from the trip: 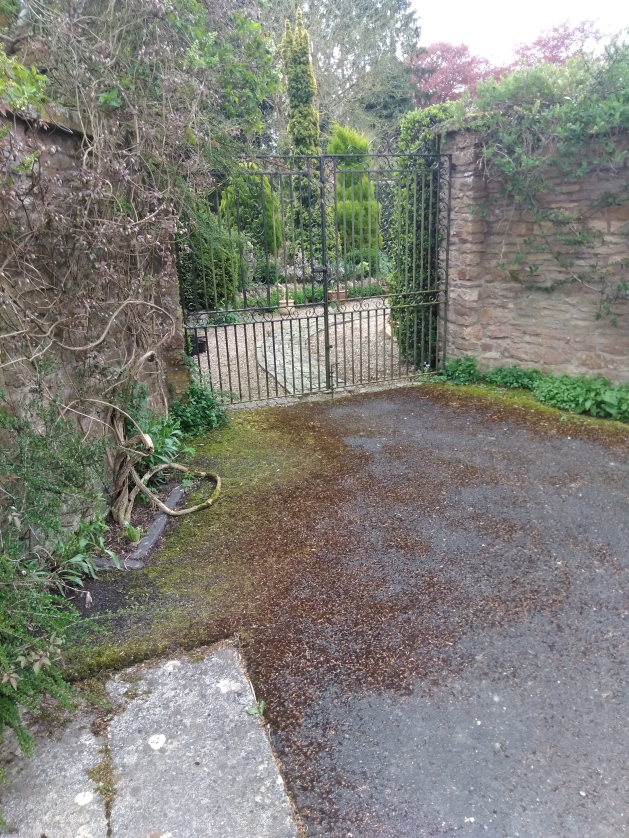 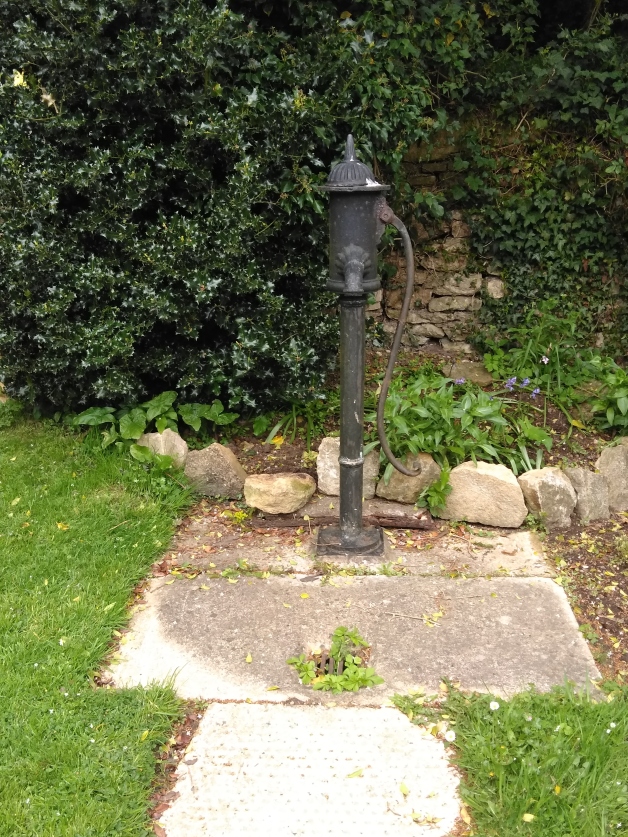 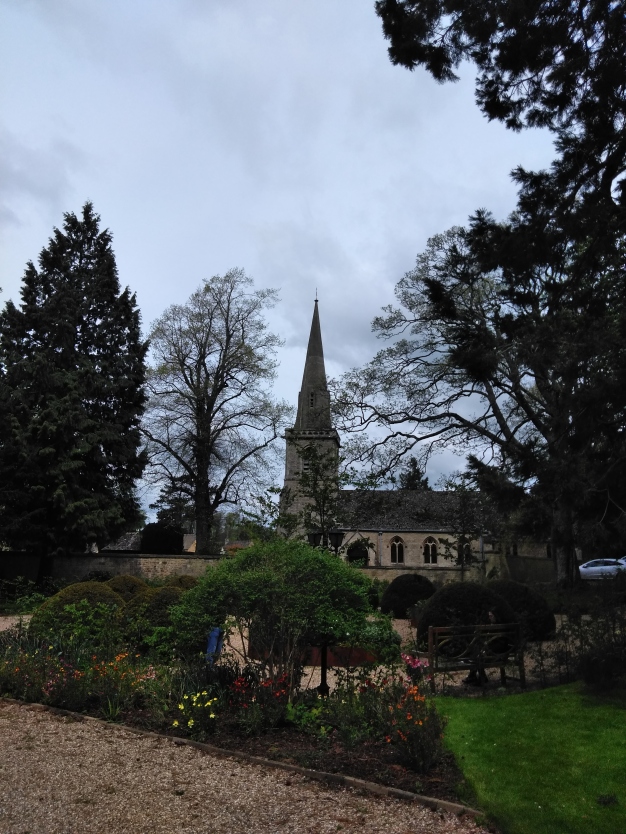 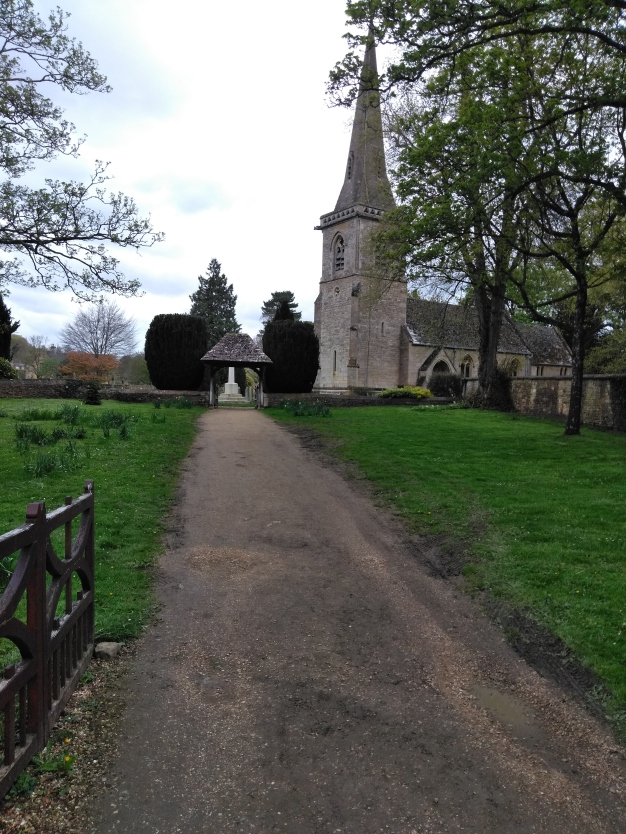 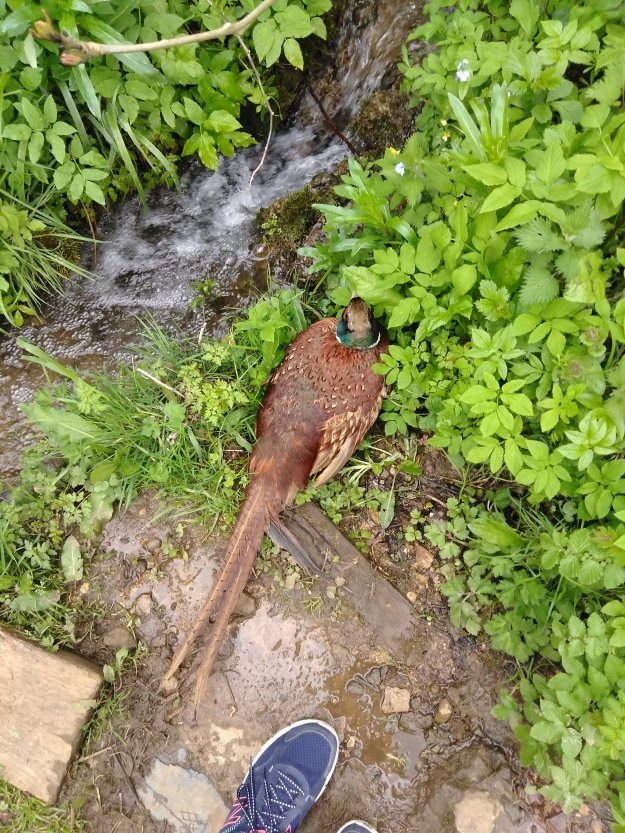 A random pheasant we found sitting beside the footpath. 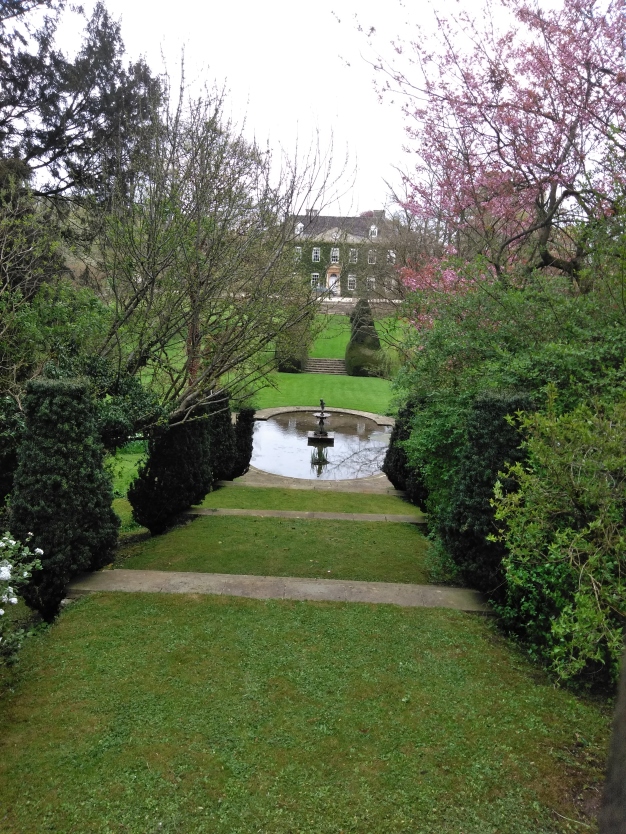 Of course, it wouldn’t be a ‘Secret Cottage’ tour without a secret cottage! One of the special perks of this tour was that we got to go into the tour owners’ beautiful little cottage, where we had a buffet lunch featuring delicious British food like meat pasties and Scotch eggs. Later on we returned for a Scottish cream tea, where I first discovered my love of clotted cream, and my mom discovered her love of elderflower cordial.

The tour was over far too soon, and suddenly we found ourselves bidding farewell to our tour guides and fellow tourists as we boarded the train and sped away back to London.

Tuesday was going to be absolutely packed. We had plans to get up early and make our way to the Churchill War Rooms just as they opened, catch the changing of the guard at Buckingham Palace, take a tour of Westminster Abbey, visit Trafalgar Square and the National Gallery, and pop in at Foyle’s Bookshop for a look around. As you can expect, just about everything went wrong.

By the time we got to the War Rooms, there was already a massive line, perhaps an hour long. If we stayed, it meant missing our only chance to see the changing of the guard at Buckingham Palace. On our way, we had also noticed an enormous line outside of Westminster Abbey, and as the abbey closed for tours at 3:30 PM. We didn’t really feel like standing in line later that day, only to be cut off before we could get into the Abbey, we decided to postpone our visit until Wednesday evening, when it would be open later. Instead, we would come back to the War Rooms that afternoon, when hopefully the line would have dissipated a little.

So, although we were frightfully early, we made our way through beautiful St. James’ Park to Buckingham Palace.

Buckingham Palace from a distance.

Even though it was a beautiful day, the crowd outside of Buckingham Palace wasn’t quite as bad as you might think. If we’d wanted, we might have made our way quite close to the front, but instead we opted to wait along the pavement beside the Mall, the long street that runs down to the palace. The soldiers were supposed to ride along it, and we would get a fantastic view. Unfortunately, we were early, and the soldiers were late. We waited and waited, walking up and down the relatively empty pavement, checking and rechecking our maps, just in case we were in the wrong place somehow. We could hear bright brass band music playing somewhere behind us, but we could see neither band nor soldiers.

Just as we were about to give up that endeavor, a column of horse guards paraded down the street towards the palace. It was a bit underwhelming, considering the amount of time we’d been waiting, but we did have a fantastic view, and I was able to get a couple of good photos. 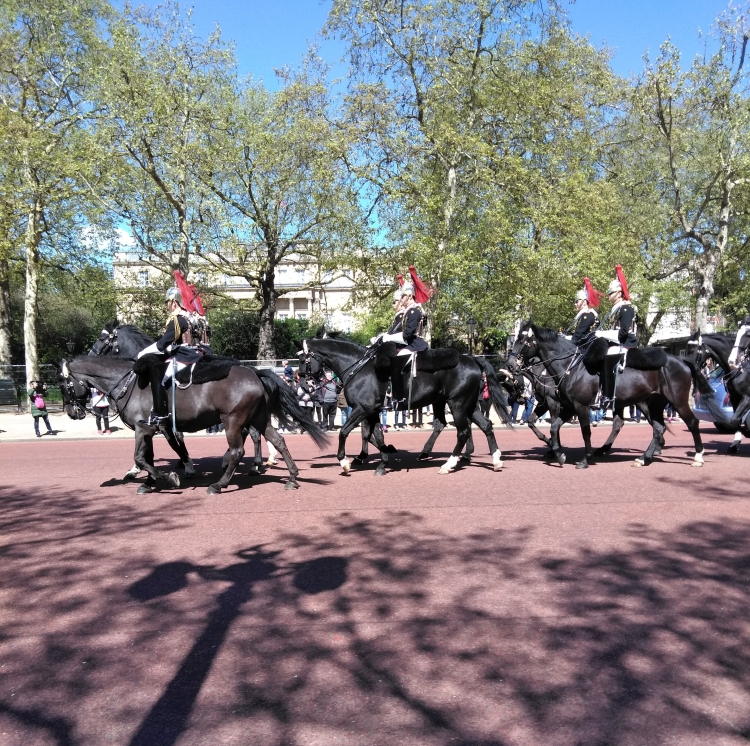 As you can see, these are the Horse Guards, not the guards with the big fluffy helmets. It was still pretty neat to see them, though!

Now, it was time to head down to Trafalgar Square and pay a little visit to the National Gallery. The Square was packed with people, but I still managed to get a photo with the giant lion statue. I’m not exactly sure if you’re technically allowed to sit on it, but loads of other people were, so…

One awesome thing about London is that a lot of the big museums are free and open to the public. After a quick security check through our purses, we were inside the massive building, sharing space with some of the greatest artwork in the world. Before we explored, we grabbed a quick buffet lunch at one of the little cafes in the museum, and then spent a good hour or so browsing the artwork. There were plenty of landscapes, portraits, paintings of the Virgin Mary, and artistic naked angel children (of course), and we got to see my mom’s favorite painting: The Hay Wain by John Constable. I think the Impressionist art was my favorite. I was just really excited by the fact that I could actually recognize some different styles of painting! I guess some of that art study in school really paid off… 😛

After our visit to the National Gallery, it was time to head back to the Churchill War Rooms and hope that the line wasn’t too long. It wasn’t, as it turned out, and it only took us about twenty minutes to get in. The War Rooms are the actual underground bunkers where Churchill and his staff worked during the Blitz, and it was absolutely amazing to see the places where these brave men and women had worked around the clock to decode secret enemy messages and figure out how to defeat the Nazis. There was also a space dedicated to a museum of Winston Churchill’s life, complete with all kinds of artifacts, including suits he wore and even a cigar he smoked!

When we finally emerged from the bunker, tired and more than a little footsore, but glad we’d been, it was time for the final itinerary of the day; a visit to Foyles’ Bookshop.

Imagine six levels of literary bliss; a bookworm’s paradise. The end of an evening was far too short a time to spend in this fabulous place, but we made the best of it, and left with a few more books to add to our ever expanding collections. It was hard to believe that we only had two days left to spend in this amazing city.

I hope you’ve enjoyed Part 3 of my adventures in London! Just one more part to go, and this write up of the trip will, sadly, be over. Hopefully I’ll be able to complete Part 4 in a slightly more timely manner… If you’re interested in reading that, make sure you subscribe to my blog! Thank you so much for reading.