Phew! It’s been… a while. Back at the beginning of this year, I signed up for the Back to the Classics Challenge, hosted by Karen of Books and Chocolate, and challenged myself to read 12 classics this year! Let’s take a look at how I actually did…

And… that’s about it! Out of twelve categories, I completed ten, which means I get two entries into the drawing (yes, there’s a drawing for a Book Depository gift card if you complete at least half of the challenge!) Honestly, that’s way more than I thought I’d completed, as I forgot about a bunch of the books I read earlier this year. Still… I wish I could have finished all the books I wanted to. Hopefully I’ll be able to complete them soon, even if it isn’t in time for the challenge.

Hey, thanks for reading my Back to the Classics wrap up post! I know, I know, it’s been a while since I posted on the old blog, or even thought about this challenge for that matter. But I’m trying to get better at finishing what I started (ironic as that may sound when I’ve been unable to finish several of the books I was supposed to read for this challenge!) Anyway, as I’ve said many times, I really want to post more on here, so hopefully I’ll see you again soon! Thanks for sticking around. 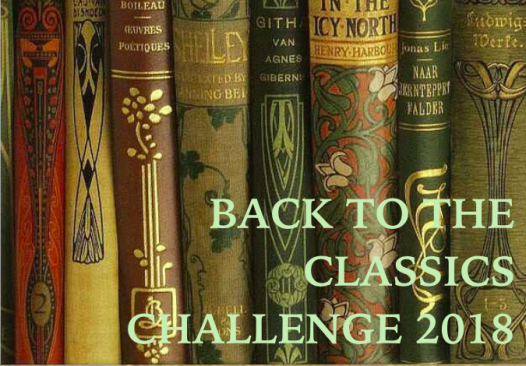 2018 is just a few weeks away, and I’m excited to say that I’m going to be joining the 2018 Back to the Classics Reading Challenge! You can find all the guidelines, and join the challenge yourself, over on Books and Chocolate. Here are some of the classics I’m planning to read next year (although, knowing me, this list will probably change!) All links go to the book’s Goodreads page.

I’m super excited to join this challenge! I haven’t been reading as much as I should recently, so hopefully this will get me off to a good start in the new year. Anyway, thanks so much for reading this post! You can follow me over on Goodreads for updates as I read some of these books. Will you be joining the challenge? Don’t forget to check it out over on Books and Chocolate! 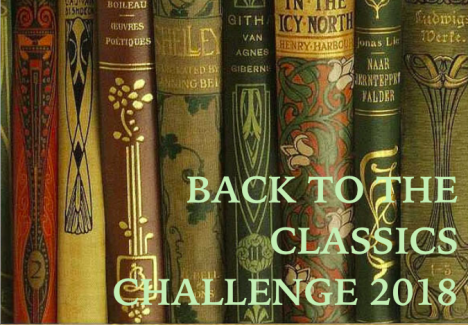